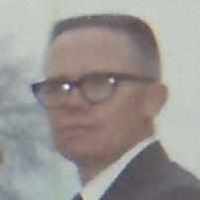 The Life of Harold Ashby

Put your face in a costume from Harold Ashby's homelands.

Charles Lindbergh makes the first solo nonstop transatlantic flight in his plane The Spirit of St. Louis.
1928 · Fire in the Temple

In November of 1928, there was a fire that destroyed the annex of the St. George Temple.
1948 · The Beginning of the Cold War