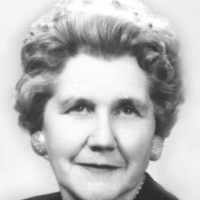 The Life of LaRue A

Put your face in a costume from LaRue A's homelands.

[Emily Clark was Vilate Caldwell’s sister. They were the best of friends and laughed and acted in skits etc] Among the enterprising and progressive agriculturists of the Cardston District, Benjam …