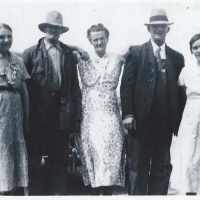 French:1. nickname from maillet ‘mallet’. 2. habitational name from places so named in Allier and Indre.