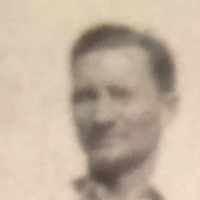 The Life of Clarke

Put your face in a costume from Clarke's homelands.

Pike’s Market is one of the oldest still working farmer’s markets in the US. It is located in Seattle’s central business district, just north of Belltown , and southwest of central waterfront and Elliott Bay. One of the attractions there is the gum wall.
1929

English: habitational name from any of the numerous places in northern and eastern England called Ashby, from Old Norse askr ‘ash’ or the Old Norse personal name Aski + býr ‘farm’.