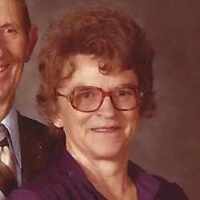 Put your face in a costume from Margaret J's homelands.

The Presidential Succession Act is an act establishing the presidential line of succession. This was a precursor for the Twenty-fifth Amendment which outlines what is to happen when a President is killed, dies, or is unable to fulfill the responsibilities of President.
1 English: occupational name for a fisherman, Middle English fischer. The name has also been used in Ireland as a loose equivalent of Braden . As an American family name, this has absorbed cognates and names of similar meaning from many other European languages, including German Fischer, Dutch Visser, Hungarian Halász, Italian Pescatore, Polish Rybarz, etc.2 In a few cases, the English name may in fact be a topographic name for someone who lived near a fish weir on a river, from the Old English term fisc-gear ‘fish weir’.3 Jewish (Ashkenazic): occupational name for a fisherman, Yiddish fisher, German Fischer.