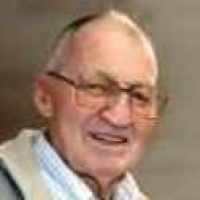 The Life of Lucius Gheen

Put your face in a costume from Lucius Gheen's homelands.

1 English (also well established in South Wales): topographic name for someone who lived in a nook or hollow, from Old English and Middle English hale, dative of h(e)alh ‘nook’, ‘hollow’. In northern England the word often has a specialized meaning, denoting a piece of flat alluvial land by the side of a river, typically one deposited in a bend. In southeastern England it often referred to a patch of dry land in a fen. In some cases the surname may be a habitational name from any of the several places in England named with this fossilized inflected form, which would originally have been preceded by a preposition, e.g. in the hale or at the hale.2 English: from a Middle English personal name derived from either of two Old English bynames, Hæle ‘hero’ or Hægel, which is probably akin to Germanic Hagano ‘hawthorn’ ( see Hain 2).3 Irish: reduced Anglicized form of Gaelic Mac Céile ( see McHale ).