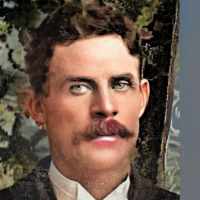 Bullet hole in the Missionary's Picture

Written by Afton Rowley Topham Incident occurred on January 21, 1923. Flossie Forrester Benson Hutchings and her five children had been living with Alvin and Elizabeth Benson, her parents, since her f …