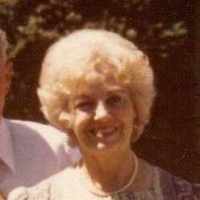 The Life of Norma Ethel

Put your face in a costume from Norma Ethel's homelands.

The dedication of the Latter-day Saint Mesa Arizona Temple took place on October 23, 1927. The temple was dedicated by Heber J. Grant.
1944 · The G.I Bill

I always remember seeing Norma at family gatherings on the Kartchner side of my family. I never knew her as Norma, however. When I was little I didn't quite understand the correct pronunciation or con …