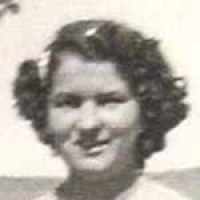 The Life of Marjorie Nadine

Put your face in a costume from Marjorie Nadine's homelands.

Bryce Canyon, being named after Ebenezer Bryce, was designated first as a national monument by President Warren G. Harding in 1923 but was re-designated as a nation park in 1928 by Congress.
1928 · Kansas Wheat

In 1928, Kansas produced one-seventh of the world's wheat crop. Several years later in 1931, Kansas had produced a record breaking 240 million bushels of wheat.
1952 · Uranium in Moab

1 English and Scottish: habitational name from Hastings, a place in Sussex, on the south coast of England, near which the English army was defeated by the Normans in 1066 . It is named from Old English Hǣstingas ‘people of Hǣsta’. The surname was taken to Scotland under William the Lion in the latter part of the 12th century. It also assimilated some instances of the native Scottish surname Harestane ( see Hairston ).2 English: variant of Hasting .3 Irish (Connacht): shortened Anglicized form of Gaelic Ó hOistín ‘descendant of Oistín’, the Gaelic form of Augustine ( see Austin ).