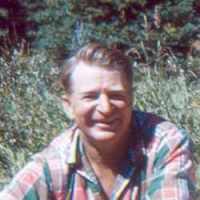 The Life of Rodney Ford

Put your face in a costume from Rodney Ford's homelands.

Being modeled after the Boy Scout Association in England, The Boy Scouts of America is a program for young teens to learn traits, life and social skills, and many other things to remind the public about the general act of service and kindness to others.
1918 · First Paved Street in Bountiful

Bountiful's Main Street was the first road in Bountiful to be paved with asphalt and cement. With this improvement to the roads, more citizens began to buy vehicles.
1927