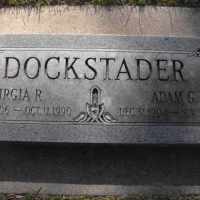 The Life of Adam Grant

Put your face in a costume from Adam Grant's homelands.

The first of many consumer protection laws which ban foreign and interstate traffic in mislabeled food and drugs. It requires that ingredients be placed on the label.
1913 · Franklin County is Formed

Efforts to realign Oneida County became the top priority on the political agenda as the county seat was fifty miles away from Preston. They succeeded in their efforts and the bill to create Franklin County was passed on January 30, 1913.
1927

German: topographic name for someone who lived by a landing, from Middle German docke ‘dock’ + stade ‘embankment’, ‘shore’, + the suffix -er denoting an inhabitant. In some cases, it may have been an occupational name for a docker, since stade also denoted a granary or warehouse.