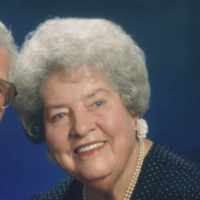 The Life of Maurine

Put your face in a costume from Maurine's homelands.

Jeannette Pickering Rankin became the first woman to hold a federal office position in the House of Representatives, and remains the only woman elected to Congress by Montana.
1928 · Fire in the Temple

In November of 1928, there was a fire that destroyed the annex of the St. George Temple.
1938 · The DI is Opened To The Public

Tribute to Vaughn from His Sister Maurine, 1983

Tribute to Vaughn, I would like to pay a tribute, and in so doing say, ‘Thanks”. Thanks for the memories! The memories of a child perhaps 18 months or two years old, being pulled in a little cart thro …