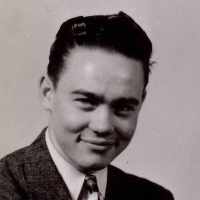 The Life Summary of Vaughn Papworth

Put your face in a costume from Vaughn Papworth's homelands.

What their kids remember about Horace and Leona

Presented to Horace and Leona by their children for their Golden Anniversary: This little booklet is dedicated to our beloved parents on their 50th anniversary. It has been compiled with much foragi …