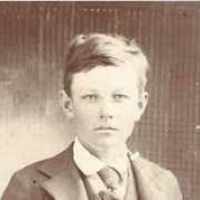 Put your face in a costume from Frederick Emil's homelands.

Being modeled after the Boy Scout Association in England, The Boy Scouts of America is a program for young teens to learn traits, life and social skills, and many other things to remind the public about the general act of service and kindness to others.
Danish and Norwegian: patronymic from the personal name Lars, Scandinavian equivalent of Lawrence .