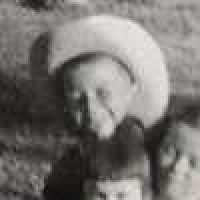 The Life of Eugene Joseph

Put your face in a costume from Eugene Joseph's homelands.

1953 · The Better Community Council is Organized to Fight Discrimination

The Better Community Council was organized in May 1953 to fight against racial discrimination. The council was involved in speaking out about injustices such as segregated bathrooms, public swimming pools, and public restaurants. The council also lobbied local businesses to sign non-discrimination policies.
1955 · The Civil Rights Movement Begins

The civil rights movement was a movement to enforce constitutional and legal rights for African Americans that the other Americans enjoyed. By using nonviolent campaigns, those involved secured new recognition in laws and federal protection of all Americans. Moderators worked with Congress to pass of several pieces of legislation that overturned discriminatory practices.
1958 · The First U.S. Satellite in Space

Catalan: from the personal name Bernal, a variant of Spanish Bernaldo ( see Bernard ).