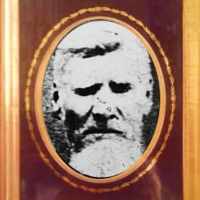 Scottish: habitational name from the barony of Houston (Renfrewshire), from the genitive case of the personal name Hugh + Middle English, Older Scots ton ‘town, village, settlement’ (Old English tūn ‘enclosure, settlement’). The landlord in question was a certain Hugo de Paduinan, who held the place c. 1160. The Scottish surname is also common in Ulster.Irish: variant of McCutcheon from Mac Uisdein or Mac Uistein.History: In 1836 the newly founded city of Houston, TX, was named in honor of Sam Houston (1793–1863), soldier and statesman. As commander in chief of the Texan army he achieved Texas independence from Mexico by routing the army of the Mexican general Santa Anna. His ancestors were Ulster Scots who had emigrated to Philadelphia, PA, in the 18th century.

History of James Houston and Margaret Crawford By Joseph Houston Uncle Joe Houston spent the weekend with us, and gave us the following history. I, Gean Clark, was the scribe and the one who question …