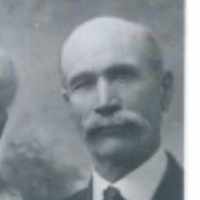 William George Rhead - A short sketch as submitted by Delphia B. Jones to the Daughters of the Utah Pioneers in September 1982

WILLIAM GEORGE RHEAD William George Rhead married Ann Williamson Hodson January 30, 1889 and has a living posterity of three sons and six grandchildren. His advanced schoolwork was at the University …