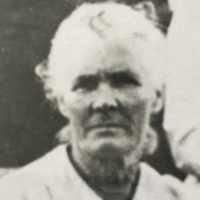 When Charlotte Parry was born on 21 December 1854, in Ely, Glamorgan, Wales, United Kingdom, her father, William Parry, was 43 and her mother, Mary Ann Thomas, was 34. She married David Richards Evans on 7 April 1880. They were the parents of at least 2 sons and 2 daughters. She lived in Wenvoe, Glamorgan, Wales, United Kingdom in 1861. She died on 16 June 1924, in Malad, Oneida, Idaho, United States, at the age of 69, and was buried in Malad, Oneida, Idaho, United States.

David Richard Evans was born August 23, 1853, in Fillmore County, Nebraska, to Edward Davis Evans and Alice Richards. In 1863, at the age of 10, he crossed the plains with his parents. The family sett …