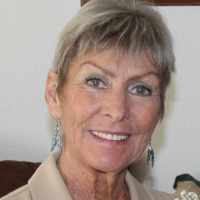 The Life of Judith Rebecca

Put your face in a costume from Judith Rebecca's homelands.

The Berlin Blockade was the first major crises of the Cold War. The Soviet Union blocked all access to the sectors of Berlin under Western control and offered to drop the blockade if the newly introduced Deutsche Mark was removed from West Berlin. The Berlin Blockade showed the different ideological and economic visions for postwar Europe. Even though there wasn't any fire fight during the cold war, many of these skirmishes arose and almost caused nuclear war on multiple occasions.
1959 · Research Triangle Park Opens

High-tech growth happened when in 1959 the research triangle park was opened. The park goes between Raleigh, Burham, and Chapel Hill.
1964 · The Twenty-Fourth Amendment

English: variant of Bristow , respelled to conform to the spelling of the modern place name.