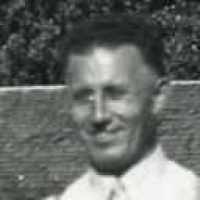 The Life of Paul James

When Paul James Paris was born on 8 December 1894, in Kandhíla, Arcadia, Greece, his father, Demetrios Giannakopoulos, was 35 and his mother, Maria Aggelis Papademetriou, was 30. He married Ruth Gertrude Sanders on 21 September 1921, in Salt Lake City, Salt Lake, Utah, United States. They were the parents of at least 1 son and 1 daughter. He lived in Philadelphia, Philadelphia, Pennsylvania, British Colonial America in 1935 and Woodbury Township, Bedford, Pennsylvania, United States in 1940. He registered for military service in 1917. He died on 14 June 1984, in Austin, Travis, Texas, United States, at the age of 89, and was buried in Austin, Travis, Texas, United States.

Put your face in a costume from Paul James's homelands.

A landmark decision of the U.S. Supreme Court upholding the constitutionality of racial segregation laws for public facilities if the segregated facilities were equal in quality. It's widely regarded as one of the worst decisions in U.S. Supreme Court history.
1918 · Attempting to Stop the War

1 French, English, and German: from the medieval personal name Paris, which is actually an Old French variant of Patrice ( see Patrick ), but which became associated with the name of the Trojan prince Paris in Homer's Iliad.2 French, English, and German: habitational name from the French city of Paris or a nickname denoting someone who had Parisian connections, for example through trade.3 Catalan (París): from a reduced form of the personal name Aparici, which was given to children born on the Feast of the Epiphany, 6th January ( see Aparicio ).

November 1, 2014 I was a convert to the Church of Jesus Christ of Latter-Day Saints when I was 12 years old. Our family was alone in this commitment among our relatives though many attended other ch …