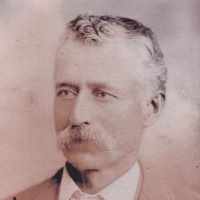 In the north of England and some fifteen miles northeast of Liverpool, in a spell of winter cold, under a blanket of iron foundry and textile mill smog, and beside the frigid waters of River Douglas: …