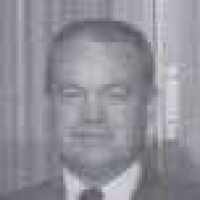 The Life of Sheldon

Put your face in a costume from Sheldon's homelands.

Bryce Canyon, being named after Ebenezer Bryce, was designated first as a national monument by President Warren G. Harding in 1923 but was re-designated as a nation park in 1928 by Congress.
1928 · The Tower Theater

The Tower Theatre is a historic film theater operated by the Salt Lake Film Society. The theater presents independent films and is a venue for the Sundance Film Festival. It also presents classic films on occasional weekends and hosts a movie-rental library for those that want to expand their cinematic knowledge.
1945 · Peace in a Post War World

(Granddaughter of William Francesco Glover) I was born at Lewiston, Utah in 1898. At that time they never had doctors for maternity cases but always used midwives. When I was born, the midwife in Lewi …