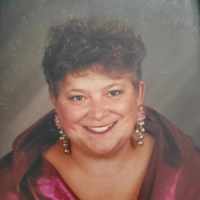 The Life of Gloria Jeanne

Put your face in a costume from Gloria Jeanne's homelands.

Before the Twenty-second Amendment, the Presidency didn’t have a set number limit on how many times they could be elected or re-elected to the office of President of the United States. The Amendment sets that limit to two times, consecutively or not, and sets additional conditions for presidents who succeed to the unexpired terms of their predecessors.
1954 · The First McDonald's Opens Its Doors

Ray Kroc opened up the first McDonalds in Des Plaines after the McDonald Brothers gave him the rights to set up restaurants thoughout the country.
1965 · The Voting Rights Act