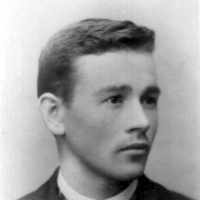 The Life of Karl Conrad

Put your face in a costume from Karl Conrad's homelands.

German: from Middle High German schoup ‘sheaf or wisp of straw’, hence a habitational name from a house distinguished by the sign of a sheaf of grain for a licensed brewer, or perhaps a nickname for a scrawny person or someone with straw-colored hair.

Karl Conrad Schaub was born December 12, 1869 in Zizers Kt. (county) Graubunden. This territory lies in the northeastern part of Switzerland among the Alps and only two miles from the rive …