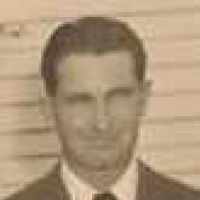 The Life of Gerald M

Put your face in a costume from Gerald M's homelands.

English: habitational name from any of various places called Clifford, for example in Devon, Gloucestershire, West Yorkshire, and in particular Herefordshire. The place name is derived from Old English clif ‘slope’ + ford ‘ford’.