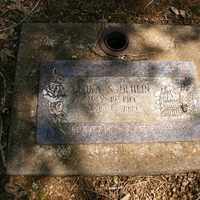 The Life of Leone Sophie

Put your face in a costume from Leone Sophie's homelands.

Jeannette Pickering Rankin became the first woman to hold a federal office position in the House of Representatives, and remains the only woman elected to Congress by Montana.
1928 · Bear River Migratory Bird Refuge

The Bear River Migratory Bird Refuge is a 74,000 acre refuge of open water and wetlands which hosts millions of migratory birds each year. The refuge was opened in 1928 on the Bear River Delta which flows into the Great Salt Lake.
1935 · The FBI is Established