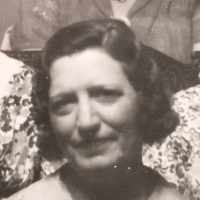 The Life of Ruby Lavenia

Put your face in a costume from Ruby Lavenia's homelands.

This Act tried to prevent the raising of prices by restricting trade. The purpose of the Act was to preserve a competitive marketplace to protect consumers from abuse.
1896 · Lagoon amusement park

Amusement park Lake Park is renamed to Lagoon and featured bowling, a dancing pavilion, restaurants, and music.
1912 · The Girl Scouts