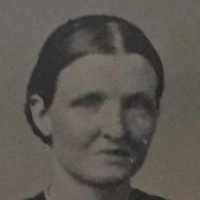 The Life Summary of Judith

Put your face in a costume from Judith's homelands.

English (Surrey): variant of Ovett, a name mainly found in Sussex, probably from the Middle English personal name Uviet, spelled Ouyet. This could represent Old English Ūf(e)gēat or Ufegēat; the personal name Ufegeat is recorded in Old English documents but the length of the initial vowel is uncertain. With a long first vowel the name might be a compound of Old English ūf ‘owl’ + a linking vowel -e- + the tribal name Gēat. With a short initial vowel the first element could be ufe-, as in Old English ufemest ‘uppermost, highest’. An alternative possibility is that Uviet represents either of two other Old English names, Wulfgēat (male) or Wulfgȳth (female), with Wulf- shortened to Uf-. Final -et was presumably re-interpreted as the Old French, Middle English hypocoristic suffix -et, for which -ot was commonly substituted. The surname Ovett had a long history in Brighton (Sussex) and in the New Forest (Hampshire), but it also had a presence in the Midlands from at least the 16th century. The variant Oviatt, which is found mainly in Surrey, probably originates from the family in Hampshire or the South Midlands.