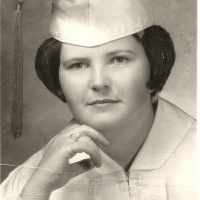 The Life of Terry Lynn

Put your face in a costume from Terry Lynn's homelands.

The Presidential Succession Act is an act establishing the presidential line of succession. This was a precursor for the Twenty-fifth Amendment which outlines what is to happen when a President is killed, dies, or is unable to fulfill the responsibilities of President.
1952 · Uranium in Moab

Uranium mining in Utah has a history going back more than 100 years but, it started as a byproduct of vanadium mining. With the development of Nuclear Weapons, Utah saw a uranium boom in the late 1940s and early 1950s, but uranium mining declined near the end of the Cold War. Currently Uranium is still being mined but just a small amount for power plants and for research.
1962 · The Cuban Missile Crisis

English and Scottish: habitational name from any of the numerous places called Hampton, including the cities of Southampton and Northampton (both of which were originally simply Hamtun). These all share the final Old English element tūn ‘enclosure’, ‘settlement’, but the first is variously hām ‘homestead’, hamm ‘water meadow’, or hēan, weak dative case (originally used after a preposition and article) of hēah ‘high’. This name is also established in Ireland, having first been taken there in the medieval period.