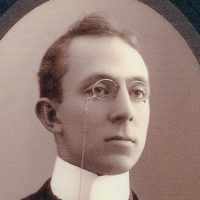 Put your face in a costume from Abram's homelands.

A law that funded many irrigation and agricultural projects in the western states.
English (mainly Hampshire and Berkshire): topographic name from Middle English hacche ‘gate’, Old English hæcc ( see Hatcher ). In some cases the surname is habitational, from one of the many places named with this word. This name has been in Ireland since the 17th century, associated with County Meath and the nearby part of Louth.

I was born in Heber City, Utah September 8, 1879. My parents were Joseph and Sara Jane Clyde Hatch. Mother bore eight children, six sons and two daughters. She died at the age of 80, and father was …