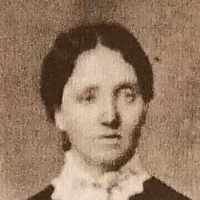 The Life Summary of Virginia Faithful

Put your face in a costume from Virginia Faithful's homelands.

Scottish and northern Irish: Anglicized form of Gaelic Mac an Mháighistir ‘son of the master’, meaning ‘teacher’ or ‘cleric’. It could also be applied in the sense of ‘lord’ or ‘owner’. This name was sometimes Anglicized as Masterson .

Virginia Faithful McMaster was born on July 9, 1850 in Dumfermline, Fife, Scotland. She was the daughter of William Athol and Margaret (Drummond) McMaster. Her people were among the first to join the …