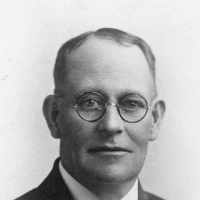 The Life Summary of George Shepard

Put your face in a costume from George Shepard's homelands.

After discovery of gold in Gabriel's Gully, hundreds of miners and precious metal hunters flocked to New Zealand to be a part of the frenzy. This influx of people caused new settlements to pop up and different innovation techniques to begin. After a few years of steady success, the gold began to be more difficult to find. While some stayed, most of the prospectors left until most of the settlements, which they had founded, became Ghost Towns with only a few residents staying around.