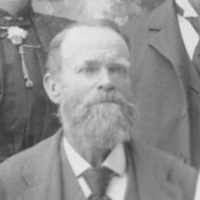 When Frederick Wright was born on 4 April 1838, in High Wycombe, Buckinghamshire, England, his father, James Wright, was 50 and his mother, Mary Duncan Dusall, was 40. He married Margaret Eccles Thornton on 31 October 1860, in Surrey, England, United Kingdom. They were the parents of at least 6 sons and 7 daughters. He lived in Watford, Hertfordshire, England, United Kingdom in 1841. He died on 18 January 1908, in American Fork, Utah, Utah, United States, at the age of 69, and was buried in American Fork, Utah, Utah, United States.

Passing of a Pioneer

The funeral services over the remains of Fred Wright Sr. Who died of asthma, at the home of his daughter. Mrs.Henry Cheever last Sunday, were held in the First Ward chapel Monday, January 20, 1908 …