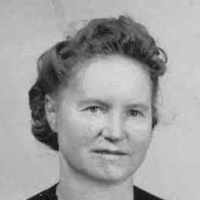 The Life Summary of Hazel Lavona

Put your face in a costume from Hazel Lavona's homelands.

Hazel Lavona Fielding Dial was born March 22, 1908 at Hooper, Weber CObnty, Utah. In a letter to Hazel on her seventeenth birthday her mother wrote: "Seventeen years ago, today, I remember so plain. …