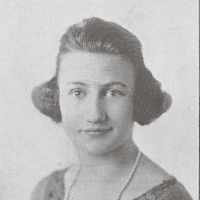 The Life Summary of Evva Emily

Put your face in a costume from Evva Emily's homelands.

Aunt Eva, as I knew her, was a kind and caring Aunt. When I was little and we visited her, she and Grandmother Elsie lived together at the Greystone Apartments in Salt Lake City. Coming from my home i …