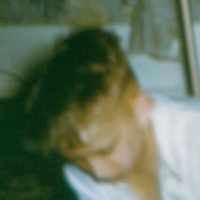 The Life of Cloyd Dale

Put your face in a costume from Cloyd Dale's homelands.

The Yalta Conference was held in Crimea to talk about establishing peace and postwar reorganization in post-World War II Europe. The heads of government that were attending were from the United States, the United Kingdom and the Soviet Union. Later the Conference would become a subject of controversy at the start of the Cold War.
1945 · Idaho Falls Idaho Temple Dedication

On September 23, 1945, the Idaho Falls Idaho Temple was dedicated by George Albert Smith, making it the first temple of the Church of Jesus Christ of Latter-day Saints in Idaho.
1961 · The Twenty-Third Amendment

Cloyd is my father's uncle. I remember Cloyd's playful personality the most. As a child, I would visit him with my family every now and again and he would always have a game to play and a joke to te …