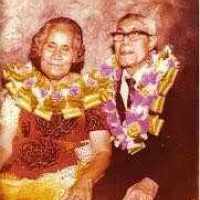 The Life of Toso

When Toso Alofipo was born on 5 August 1889, in Saleaula, Samoa, his father, Vaelua Laa Tufuga, was 24 and his mother, Nofo Semau, was 40. He married Usuia Tailele on 1 January 1927, in Mapusaga, Tualauta, Western, American Samoa. They were the parents of at least 4 sons and 2 daughters. He died on 18 November 1979, in Honolulu, Oahu, Honolulu, Hawaii, United States, at the age of 90, and was buried in Laie, Oahu, Honolulu, Hawaii, United States.

Put your face in a costume from Toso's homelands.

This Act tried to prevent the raising of prices by restricting trade. The purpose of the Act was to preserve a competitive marketplace to protect consumers from abuse.
1899

Germany annexes Western Samoa, the U.S. takes over eastern Samoa and Britain withdraws its claim to the islands in accordance with treaty between Germany, Britain and the U.S.
1913 · The Sixteenth Amendment

I did not see my great grandfather