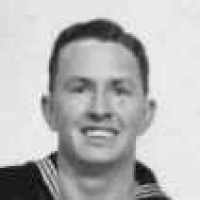 The Life of Thomas James

The Star-Spangled Banner is adopted as the national anthem.
1950

The Wedding That Almost Wasn't

This is an article that appeared in the Post Register, an Idaho Falls paper, on 29 May 1953. Brother Almost Foiled Wedding But Judge Bends Rupert, Idaho - Needle marks left by blood tests saved the d …