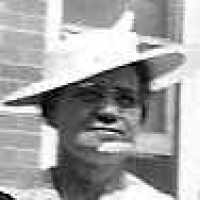 The Life of Ione

Put your face in a costume from Ione's homelands.

1 German: occupational name for a roofer (thatcher, tiler, slater, or shingler) or a carpenter or builder, from an agent derivative of Middle High German decke ‘covering’, a word which was normally used to refer to roofs, but sometimes also to other sorts of covering; modern German Decke still has the twin senses ‘ceiling’ and ‘blanket’.2 Dutch: variant of Dekker , cognate with 1.3 English: variant of Dicker .