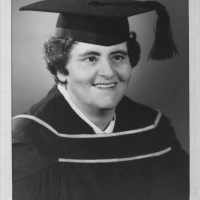 The Life of Esther Mary

When Esther Mary Clarke was born on 1 August 1912, in Toronto Metropolitan Municipality, Ontario, Canada, her father, George Donaldson Clarke, was 34 and her mother, Edith Rosetta Burdett, was 36. She married Carsten Peter Knudsen on 21 June 1933, in Cochrane, Cochrane, Ontario, Canada. They were the parents of at least 2 sons and 4 daughters. She died on 13 April 1997, in Prince George, British Columbia, Canada, at the age of 84, and was buried in François Lake, Bulkley-Nechako, British Columbia, Canada.

Put your face in a costume from Esther Mary's homelands.