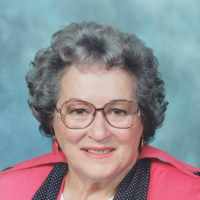 The Church of Jesus Christ of Latter-day Saints announced the Los Angeles California Temple on March 6, 1937.
1945 · Peace in a Post War World

English: habitational name from any of the various places so called. The majority, with examples in at least fourteen counties, get the name from Old English hōh ‘ridge’, ‘spur’ (literally ‘heel’) + tūn ‘enclosure’, ‘settlement’. Haughton in Nottinghamshire also has this origin, and may have contributed to the surname. A smaller group of Houghtons, with examples in Lancashire and South Yorkshire, have as their first element Old English halh ‘nook’, ‘recess’. In the case of isolated examples in Devon and East Yorkshire, the first elements appear to be unattested Old English personal names or bynames, of which the forms approximate to Huhha and Hofa respectively, but the meanings are unknown.

Alice was born on 8 July 1921, in South Bend, Indiana. Her parents were Franklin Colestus Houghton and Alma Marie Poff. Her Father had a varied career. He worked in an auto factory painting the little …