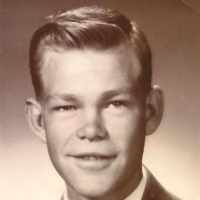 The Life of Dennis K

Put your face in a costume from Dennis K's homelands.

The Presidential Succession Act is an act establishing the presidential line of succession. This was a precursor for the Twenty-fifth Amendment which outlines what is to happen when a President is killed, dies, or is unable to fulfill the responsibilities of President.
1950 · Utah's Second Largest City

Ogden was known as the second largest city in Utah during the 1950s, but for most of the residents it was number one. It was just the right size to keep the privacy of the citizens, but was a robust busy city. It was the fastest growing city in Utah after the end of World War II and the Korean War.
1963