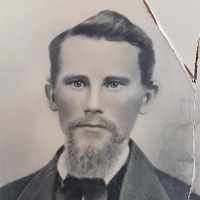 The Life of Olof John

When Olof John Davidson was born on 24 June 1843, in Nejlinge, Helsinge, Frederiksborg, Denmark, his father, Jorgen Davidsen, was 37 and his mother, Karen Nielsen, was 34. He married Maren Catherine Sorene Scow on 10 February 1871, in Kansas City, Jackson, Missouri, United States. They were the parents of at least 3 sons and 8 daughters. He lived in Helsinge, Holbo, Frederiksborg, Denmark for about 5 years. He died on 25 July 1897, in Mountain View, Cardston, Alberta, Canada, at the age of 54, and was buried in Mountain View, Cardston, Alberta, Canada.

Put your face in a costume from Olof John's homelands.

The Casino Theatre was built as an entertainment center by Georg Carstensen but was converted into a theatre in 1848. After many years of never gaining popularity, it was closed in 1937 and demolished in 1960.
1849

MOUNTAIN VIEW REMEMBERS MOUNTAIN VIEW, ALBERTA Davidson, John Olaf and wife Catherine Schow came from Wyoming in 1892 and lived near what is now the late Arnold Davidson residence. He died in 18 …