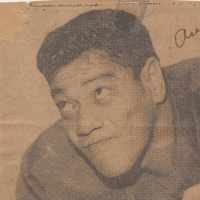 The Life of Tanu Savea

Put your face in a costume from Tanu Savea's homelands.

The California grizzly bear became designated as the state animal in 1953.
1956 · The Federal Aid Highway Act