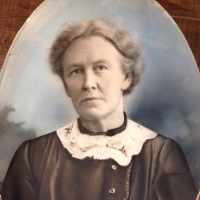 HISTORY OF ELIZABETH WOOD HILLMAN BY RUBY MAY GREEN ASAY Elizabeth Wood was born the 3rd of January 1865 in Crofsmore, West Lancshire England. She was the daughter of Joel Wood and Margaret Bailey. …