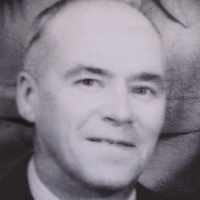 The Life of Horace George

When Horace George Collingridge was born on 23 April 1906, in Saint Pancras, London, England, United Kingdom, his father, James Collingridge, was 32 and his mother, Florence Maud Green, was 25. He married Phillis Doris Cooper on 8 March 1930, in Wabamun, Parkland County, Alberta, Canada. They were the parents of at least 1 son. He died on 3 September 1997, in Enderby, British Columbia, Canada, at the age of 91, and was buried in Vernon, British Columbia, Canada.

Put your face in a costume from Horace George's homelands.

Mr. and Mrs. James Collingridge by Horace Collingridge. (son). In 1908, my parents, James and Maud Collingridge came to Canada from England. For a short time they stayed at Binscarth, Manitoba. The …