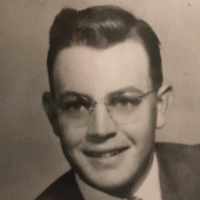 The Life of Darrell Leroy

Put your face in a costume from Darrell Leroy's homelands.

On September 23, 1945, the Idaho Falls Idaho Temple was dedicated by George Albert Smith, making it the first temple of the Church of Jesus Christ of Latter-day Saints in Idaho.
1948 · The Beginning of the Cold War