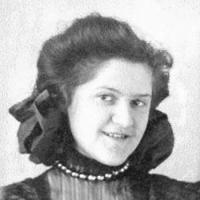 The Life of Mary Willie Editha

Put your face in a costume from Mary Willie Editha's homelands.

The Masonic Temple Building was a skyscraper built in Chicago and from 1895 to 1920 it was the tallest building in Chicago. The building featured a central court surrounded by shops on nine floors. On top of the shops there were meeting rooms that were also used as theaters. In 1939 the Masonic Temple was demolished, and a Walgreens drug store was erected in its place.
1896 · Plessy vs. Ferguson

Mary Elizabeth "Lizzie" Bowden was left an orphan in 1857 when she was almost 2 years old--both her parents died within 24 hours of each other. Her childhood in Missouri was spent bouncing from relati …