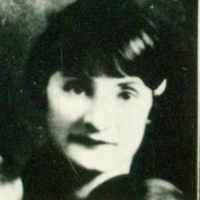 The Life of Orla

Put your face in a costume from Orla's homelands.

The Burro Mine was a large mining area that produced gold, silver, copper, and other valuable metals. The mine was dissolved involuntarily on November 9, 1974.
1911 · The Salt Lake International Airport

Scottish: from the regional name Argyll, a county of southwestern Scotland, named in Gaelic as Earre Ghàidheal ‘coast of the Gaels’. Argyll was the earliest part of Scotland to be settled by Gaelic speakers from Ireland from the 6th century onwards. The origin of Argyle as a surname owes more to its use to denote retainers of the powerful and influential earls and dukes of Argyll, heads of Clan Campbell, than to use as a habitational name.

!Biography Lois Helen Coltrin was born July 26, 1877 at Woods Cross, Utah in the Coltrin family home. This home was later given a street address of #9 North 5th West, Bountiful, Utah. She was the sec …