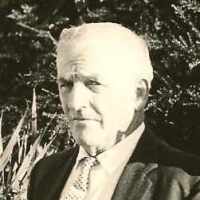 The Life of Norman Samuel

Put your face in a costume from Norman Samuel's homelands.

After three prior attempts to become a state, the United States Congress accepted Utah into the Union on one condition. This condition was that the new state rewrite their constitution to say that all forms of polygamy were banned. The territory agreed, and Utah became a state on January 4, 1896.
1896 · National Council of Women

The National Council of Women of New Zealand was created as an organization after women won the right to vote. Today works to help achieve gender equality in New Zealand and in 2017 introduced Gender Equal NZ, which is fighting for Zealanders to have the freedom and opportunity to determine their own future no matter which gender they are.
1915 · Dinosaur National Monument

Book: History of Captain John Going his Ancestors and Descendants. (Page 97)& (117) Myra was married to Norman S Mason a farmer and butcher in Maromaku and later also operating a butcher's shop in Ka …